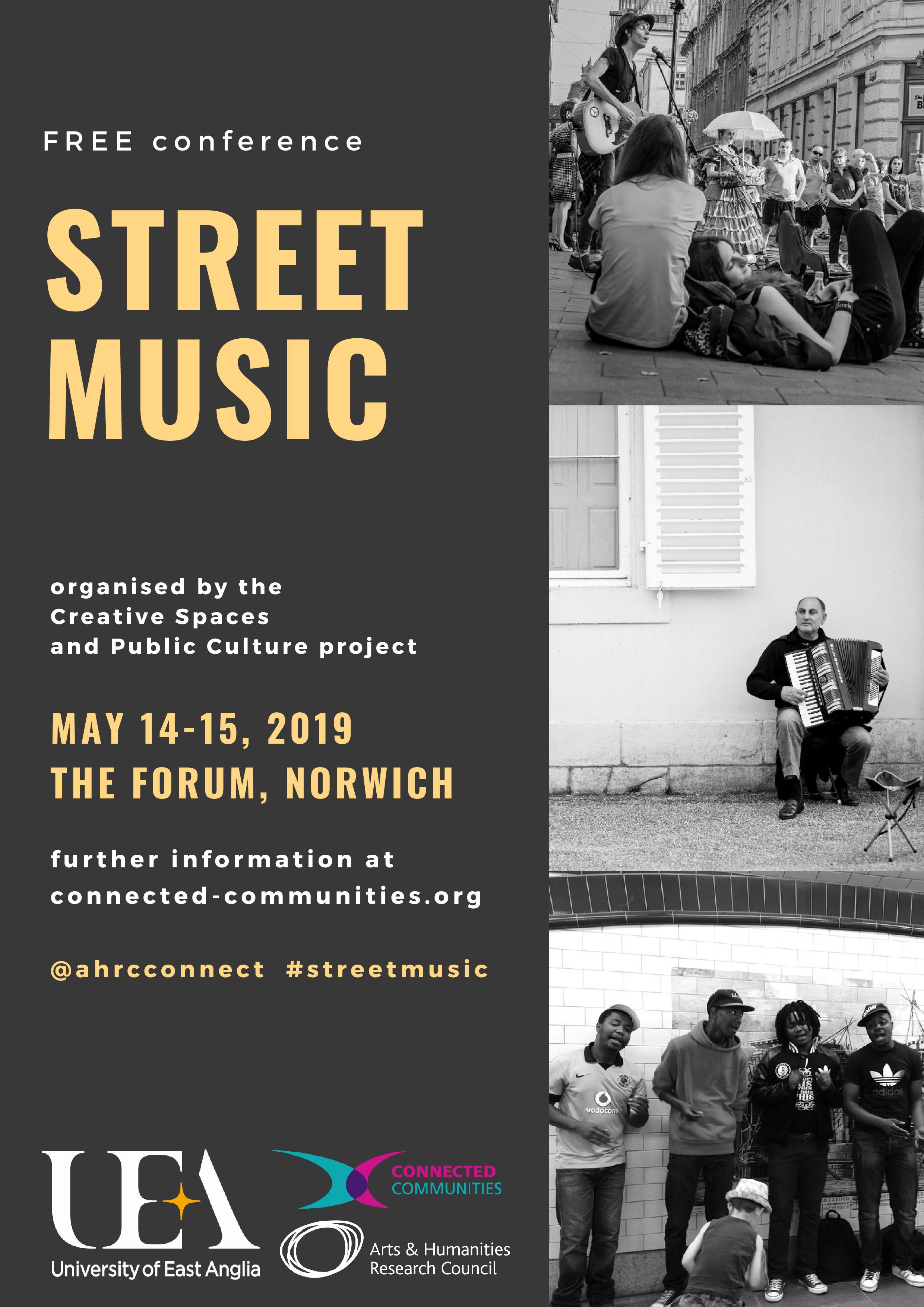 We are delighted to announce that we already have some fantastic speakers confirmed for our Street Music conference, being held in Norwich on 14-15 May 2019.  We are also very excited to be hosting Pete Moser as our conference musician-in-residence. You can read more about Pete’s one-man-band work here.

Dr David Atkinson,  Honorary Research Fellow at the Elphinstone Institute Aberdeen, author of The Anglo-Scottish Ballad and its Imaginary Contexts (2014), and co-editor of Street Literature of the Long Nineteenth Century: Producers, Sellers, Consumers (2017)

Prof Trevor Herbert, Emeritus Professor in Music at the Open University, author of Music and the British Military in the Long Nineteenth Century (2013), and editor of The British Brass Band: a Musical and Social History (2000)

Stefano Montes, Researcher in Culture and Society at the University of Palermo, convener of People and Cultures of the World (2019)