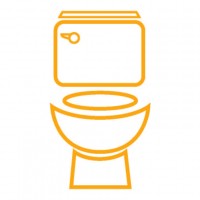 The toilet is often thought to be a mundane space, but for those who lack adequate or accessible toilet provision on a daily basis, toilets become a crucial practical issue which can create and reaffirm feelings of exclusion and regulation. Disabled people, for example, frequently report that ‘accessible’ toilets are not accessible enough, while other studies show that diminishing numbers of public toilets can prevent older people leaving the house. Toilets can also present a stark visual and material enactment of a gender binary in ways that can be problematic for trans, genderqueer or non-binary people. Thinking around toilets and their function as material as well as socio-cultural environments presents an opportunity to consider forms of identity in multi-faceted ways.

Around the Toilet is a cross-disciplinary, arts-based research project exploring the toilet as a place of exclusion and belonging. Researchers on the project are based across various universities in the north of England.

Between May and September 2015, we hosted five workshops in Manchester focusing on the arts practices of storytelling, making/creating exhibits, and performance. The workshops were held in collaboration with three community partners: Greater Manchester Coalition of Disabled People (GMCDP), Queer of the Unknown (a performing arts collective) and Action for Trans* Health.

In September 2015 we handed over our ‘findings’ in the form of a brief to Master’s students at Sheffield School of Architecture. They used the brief to create an art installation which explores what makes a safe and accessible toilet space.

In 2016, the Around the Toilet (AtT) project was awarded two further funding grants by the Arts and Humanities Research Council (AHRC). This allowed us to continue the work we started in 2015, carry out new research, and participate in the 2016 Connected Communities Research Festival Utopia Fair in London in June, where the outputs of our research were exhibited.

Our first project, ‘Travelling Toilet Tales’ (led by Jen Slater) was an exploration into the ways in which everyday journeys are planned around the un/availability of a suitable toilet. This project was a collaboration with Gemma Nash from Drake Music, an organisation working in music, disability and technology, and Sarah Smizz, the graphic artist who drew the stories told in the Around the Toilet workshops we facilitated last year. 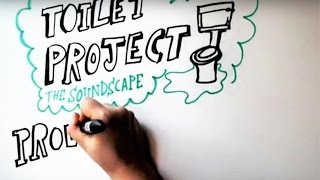 Our second project, running in parallel with the first, was ‘Servicing Utopia’ (led by Lisa Procter). Working alongside Jess Haigh from Live Works and MA Architect students, Niki Sole and Suki Sehmbi, we facilitated workshops which asked attendees to engage with and construct a digital ‘Toilet Toolkit’ (the main project output). The digital/visual toolkit is designed to support planners, architects and designers to critically and creatively rethink notions of access in relation to the toilet design process. It can be viewed here.

In collaboration with Content on Demand, we also be made an animated film over the course of the project, documenting insights from the project workshops with architects to illustrate key themes relating to toilet and accessibility. 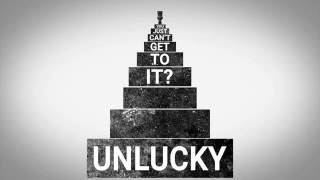 The films, toilet toolkit and other outputs from both projects were previewed on 24th-26th June at the Utopia Fair, Somerset House, London, a public event which showcased a range of academic and artistic projects engaging with the subject of ‘utopia’.

The AtT installation was displayed at the g39 art gallery in Cardiff during their ‘Does that include us? yn cynnwys ni?’ exhibition, and the Travelling Toilet Tales (TTT) soundscape was played in their newly built accessible toilet between July and September. Representatives from the TTT project were invited to speak at a panel presentation for the exhibition opening and artist Nicky Rose led a workshop about utopian toilets. In September, the AtT installation was exhibited alongside other TTT outputs at Loitering with Intent: The Art and Politics of Walking, a special exhibition organised by the Loiterers’ Resistance Movement (LRM) at the People’s History Museum in Manchester. Alongside the exhibition, we hosted a travelling tour of Manchester’s toilets led by Morag Rose, founder of the LRM.

In November 2016, the Around the Toilet project won the ‘Arts, Humanities and Social Sciences’ category of the National Co-ordinating Centre for Public Engagement’s (NCCPE) Engage 2016 Competition.

Servicing Utopia: A Toolkit for Architects and Designers: : Read more

Servicing Utopia: A Toolkit for Architects and Designers: : Read more